This operation takes place in an abandoned village where the Counter-Terrorist squad must protect two pipelines from being bombed by the Terrorists. The pipelines areas which are called the bomb sites, have many arranged boxes for camping purpose. This map is open and has many pathways.

Terrorist are attempting to blow up two critical gas pipeline through part of a small village. 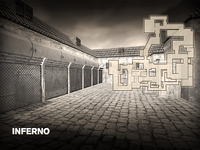 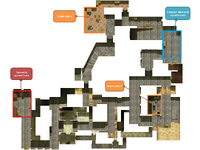 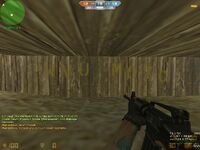 Some text in Bombsite B