The Joker, also known as Mr. Hidden in some regions of Counter-Strike Online, is the main antagonist character in Hidden mode.

The Joker hides in a ghost town called Harlem. He has the ability to turn invisible so that humans are unable to spot him. However, the Joker's invisibility is limited. If he does not eliminate a human for a period of time, he gradually becomes visible. The Joker is armed with a staff as his primary weapon which is able to kill a single human in about 2 hits. Also, he has faster running speed and can jump higher than the humans, making him an agile enemy.

After the 4 December 2014 update in South Korea, the Hidden mode is renewed with new rules and items: 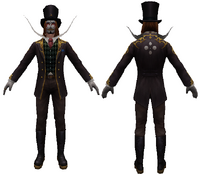 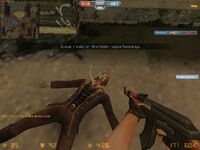 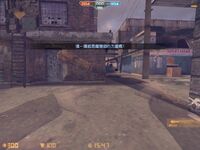 Ditto, through the Joker's view 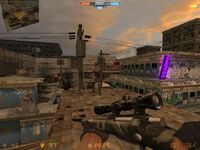 A Joker after losing his invisibility 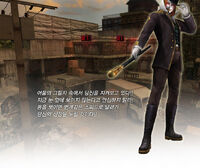 When a human is killed by the Joker

"You can't stop this fate, my friend."

"Listen to the beep and get closer and closer!"

"You're running out of time, my friend."