Players are only equipped with a melee weapon and must reach the finish line by passing through several obstacles. This map requires the players to have jump skill more than the previous Jump1 map. The player that has scored the fastest time is the winner. 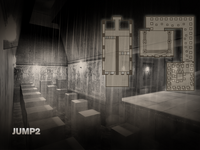 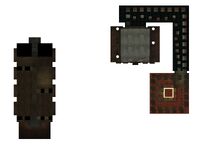 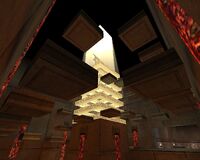 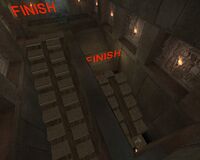