Kill FX is a killing effect system in Counter-Strike Online.

A "Kill" status is achieved when players succeeded in defeating their opponent, the kill status may differ regarding the players' condition when performing it.

These kill status can be achieved in most modes, in scenario modes players can obtain them without number indicator.

These types of kills can only be obtained in certain modes.

Aside the vox sound files available starting from 'Double Kill', Human Scenario uses the missing ones, making the maximum kills achieved in a row as eight (8). These extra kills are the following:

After the Free Update of South Korea, the Kill FX system has been reorganized.

The Kill FX icons were renewed, alongside adding new icons such as First Kill, Dominating and Godlike.

New Assist FXs were introduced: The name of a player that assist another player to kill an enemy will pop out next to the killer in the kill list on top right of the screen. This feature is similar to the one in Counter-Strike: Global Offensive. There are also several FX icons updated to this feature.

The players can enable or disable this feature at Options → Advanced → Enable/Disable Kill FX. 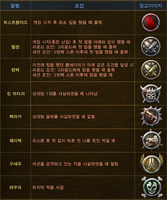 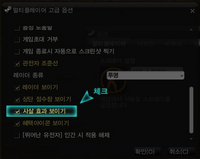 Kill FX Enable/Disable Setting
Add a photo to this gallery

Retrieved from "https://cso.fandom.com/wiki/Kill_FX?oldid=236146"
Community content is available under CC-BY-SA unless otherwise noted.