Kraken or Lost Guardian is a boss that appeared in Panic Room chapter.

In Round 1 of Paranoia chapter, the Kraken's tentacles appear as the mini bosses. The tentacles use a new model and cannot be killed, they are just killed by falling rocks.

This skill is used by Kraken's tentacles to stomp on the player. Be sure to dodge this attack since it is pretty slow. Has a chance to kill players instantly. Also, the tentacles can perform a horizontal sweep, tossing up players.

This skill is used by the main body with protective armor (second form). Launches a barrage of rockets that deals medium damage.

This skill is used when the protection armor has been destroyed (final form). The boss will fire a laser beam from the eye, dealing very high damage to players coming in contact with it within a short period of time. During the attack, the laser can deal 150 damage per second. It is similar to the AMP Suit's laser.

Tips against the Kraken 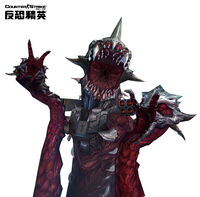 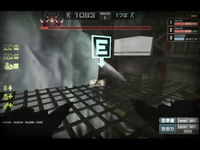 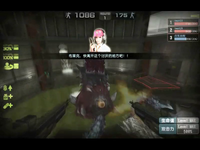 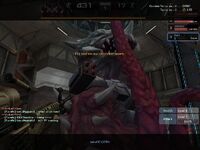 Retrieved from "https://cso.fandom.com/wiki/Kraken?oldid=279711"
Community content is available under CC-BY-SA unless otherwise noted.