Laevatein is a Transcendent grade pistol in Counter-Strike Online.

A pistol that uses 50 5.7×28mm explosive rounds and explodes when it hits the target. A special feature is activated when shooting more than a certain number of times. 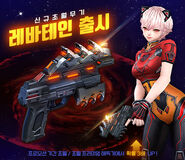 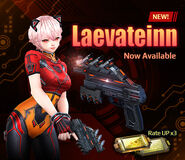