guitar
The Lightning AR-1 or the Guitar Rifle is a fictional assault rifle in Counter-Strike Online. It can only be obtained from Code Box.

This item can be obtained from Top 50 Decoder or Top 50 Unlimited Decoder.

Lightning AR-1 is a combination of a guitar and an assault rifle created by Gunsmith, whose inspiration is to use instruments as firearms. It has to be strung in order for the trigger to be pulled and will emit a musical note with a "ding" as its firing sound. The Lightning AR-1 fires 30 rounds of 5.56×45mm NATO cartridges and has a good balance between firepower and recoil. 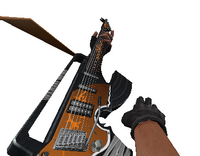 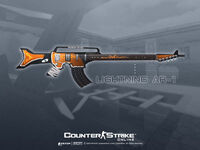 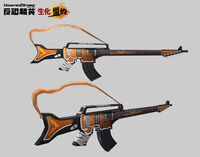 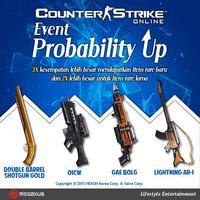 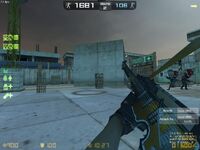 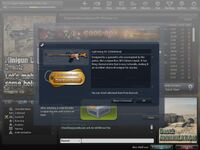 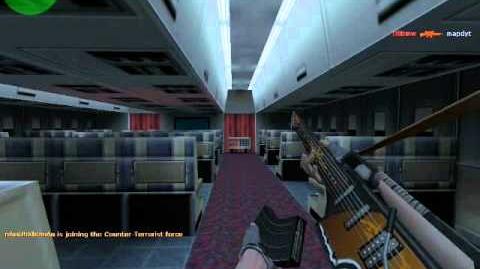 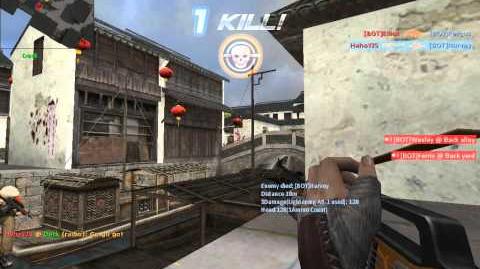