For the original version, see M16A1.

M16A1 Veteran is a special variant of M16A1 in Counter-Strike Online.

M16A1 Veteran can do the buttstock knock for melee engagement.

While the Comrade system is still available, this weapon is obtainable by accumulating 50 comradeship stars (for 7-day duration only). After Clan and Ranking Re:boot, the Comrade system was removed, players can obtain M16A1 Veteran (duration/permanent) through some certain events only. 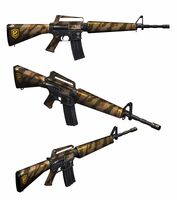 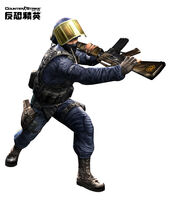 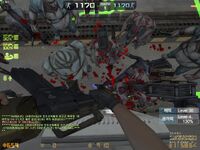 Retrieved from "https://cso.fandom.com/wiki/M16A1_Veteran?oldid=270622"
Community content is available under CC-BY-SA unless otherwise noted.