The M249 is belt-fed light machine gun in Counter-Strike series and Counter-Strike Online. It was purchasable with game points and available since the first release in 2008, before becoming readily available as a default weapon. In some releases, it uses the ES M249 Para name.

M249 is a light machine gun fed with 100 rounds of 5.56mm, available to both terrorists and counter-terrorists. It has large magazine capacity and decent firepower but it has low rate of fire, is heavy and has long reload time.

M249 Red is the Red firearms version of M249 produced in limited quantity. It boasts an excellent damage and magazine size but it is heavy and has low rate of fire.

SKULL-6 is an anti-zombie machine gun fed with 100 rounds of 5.56mm Anti-Zombie and equipped with a sniper scope for long range engagement. It deals higher damage against zombies but has lower rate of fire when using the scope.

SKULL-7 or M249EX is a anti-zombie version of M249. It holds up to 120 rounds of 5.56 Anti-zombie and 240 rounds as reserve ammunition. It has better performance over the original one, at the cost of being pricey. It also has a usable scope implemented on.

SKULL-8 is an anti-zombie machine gun fed with 120 rounds of 5.56mm Anti-zombie ammunition. It is attached with an axe bayonet under its barrel for melee combat. 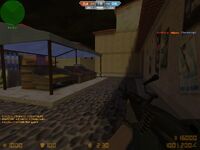 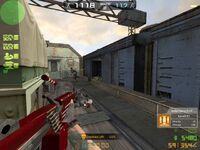 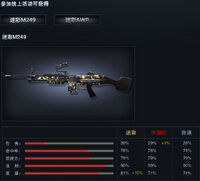 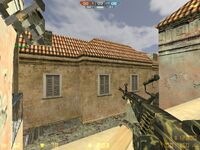 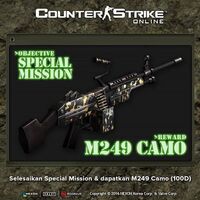