Not to be confused with the sniper rifle of the same name.

M24 Grenade (Model 1924 Stielhandgranate) is a fragmentation grenade in Counter-Strike Online. It is purchasable with cash points. In the China version, it is obtainable with game points instead.

The M24 Grenade was the main hand grenade used by the German forces during World War 2. Its stick-like shape makes it to be thrown further with less effort than conventional shaped ones.

This grenade does more damage and can be thrown a lot further than the regular HE Grenades. This weapon is also available in the Frag War mode. 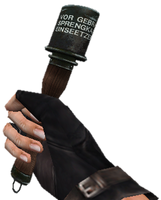 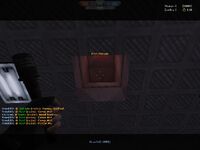