Megalodon is a boss that appears in Rendezvous and Void Zone.

A former pet of Michaela. It like playing with jellyfish and bombs untill Kronos caught and modifed it with Zombie Virus to be used as a living weapon. Awaring of the news, Michaela put her anger on the company and begin to contact Garcia Marine Squad with private coordinate to "rescue" the shark and join force against Kronos. 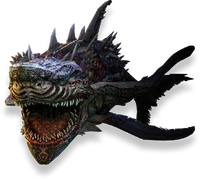 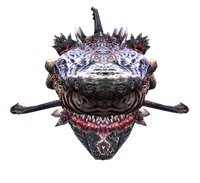