Metal Arena is a PvPvE (Player vs Player vs Environment) mode categorized as Fun mode in Counter-Strike Online.

A mode in that two teams, each with ally players and AI bots, compete against each other.

Metal Arena consists of 3 different characters in 2 different factions, Blue and Red. The faction with the highest score will be victorious. Each team can gain Bases to spawn Bots. Respawn time depends on the base you have conquered. When a player is in the spawn point, their ammo, health and armor will be replenished. By pressing the 0 button, it will teleport you back to the spawn point after three seconds and can be triggered again every 3 minutes.

Reach the target team score before the enemy. 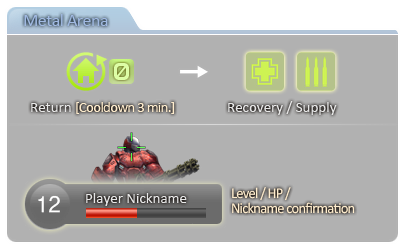 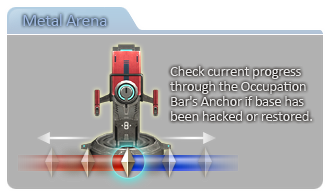 A bomb expert mid-range combat specialized soldier who uses rifles and explosives. His prowess made himself able to find out enemy's weakness and exploit this by delivering trasient, but deadly attacks.

A fighter specialized in defense and close combat using shotguns and melee weapons. They last a long time in battle due to their tough armor that makes even head shots null. They also have excellent attack power and stun skills.

A battle support agent specialized in the use of machine guns and NHP (Nano Healing Particles) equipment. She is able to treat injured soldiers and hide herself or increase defense in dangerous situations to maximize survival. 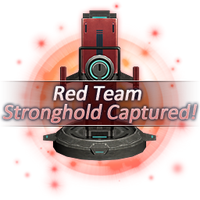 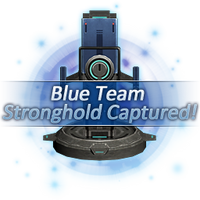 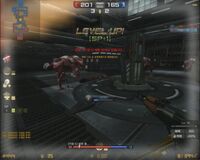 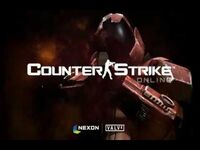 Ditto, featuring Red Tanker with his back leg on a destroyed Minion Robot 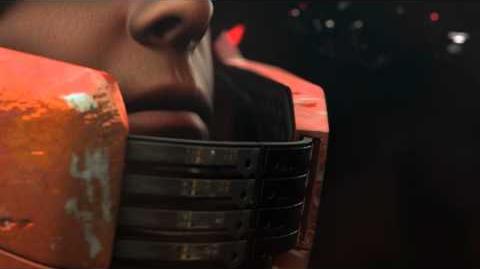 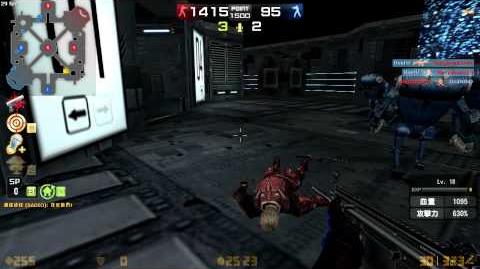