Mosin–Nagant is a bolt-action rifle in Counter-Strike Online.

This is a bolt-action rifle originated from Russian Empire and Soviet Union, fed with 5 rounds of 7.62 NATO. It was first introduced in 1891 and has been involved in many wars including World War I and World War II. It is equipped with a sniper scope for long range combat.

Despite the disadvantage of a bolt-action sniper rifle using 5 rounds of 7.62 mm including the long barrel, many improved versions were made and played great roles in World War II. It is decorated with luxurious patterns. 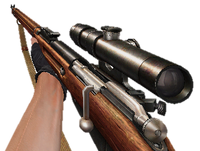 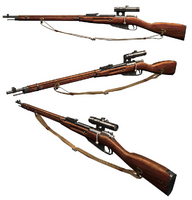