The MMG which is usable in some Zombie Scenario maps, Urban Assault and Zombie Shelter (both old and new versions). This machine gun is fed with 250 rounds of .50 BMG cartridges in an ammo box. The player can use it by walking to the machine gun and pressing the USE button (Default: E).

Ammunition for the mounted guns is limited, and once depleted, the player needs to wait for 3 minutes to replenish it or die and respawn. Players have their own ammo pool for the mounted gun, yet shared throughout other mounted machine guns in the same map. 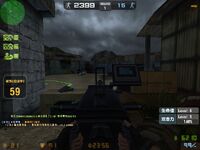 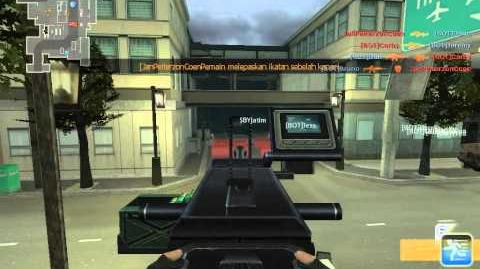