Nobody knows his name exactly. He is just called Mr. X. He is affiliated with Asia Red Army and has been funded by Douglas Jacob to cause terror to the world. In the first encounter, he helps Ritsuka to capture Choi Ji Yoon, but later on, he fights against May and her squad to death.

Mr. X has a man-operating giant robot that can shoot miniguns, petrol bombs and lasers. After the machine is destroyed, he transforms into a creature that can swim in water. It can do suction, lotus bomb attack, poison breath attack, hook and wave.

Mr. mutated Adapting to the human body, such as the shell so that you can use the X-recovery capability. If you are installing from a zombie scenario mode stamina is recovered at a slower rate. 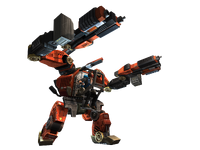 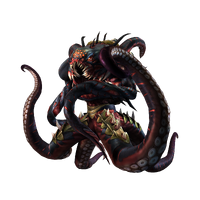