A VIP assassination map, the storyline of Oil Rig goes that the CEO of an important petroleum conglomerate was giving an important address to the press and media during the opening of the newest Oilrig before it was invaded by terrorists representing rebel factions in an unnamed country in the middle-east in response to their local oil crisis.

Counter-terrorist units have already moved into action and secured the CEO. However, they still have to deal with the remaining terrorists on the oil rig and safely escort the CEO to the rescue helicopter.

Background: Oil rig is where the most important witness is hiding in. He has been hiding here safely by hostage protection program, however this place is no longer safe. Therefore a helicopter has sent to bring the witness to a safe place. 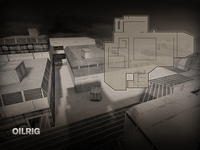 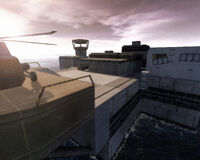 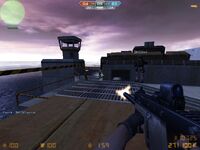 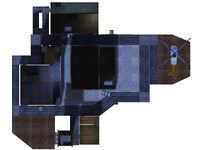