Origin (zm_origin) is a Zombie Mods map in Counter-Strike Online.

Origin is a Zombie Mod map that is released for Zombie: The Hero: The Origins update. This map is small but it is high. Camping spots are mostly located at the high place and the most recommended weapon for this map is high knockback weapons. The Double-barreled shotgun is recommended as it has very high knockback power.

The scent of despair fills the cemetery and the chances of survival to the next daylight looks grim.

The remaining human survivors from the last zombie invasion has turned the situation around in their victory.

Forced to the losing end, the zombies are gathering for their final attack.

The few zombies that have managed to retreat unscathed from the human's sudden attack have escaped into the basement under the cemetery.

"We cannot miss this golden opportunity to annihilate all the zombies!", exclaims one survivor.

The human survivors arm themselves for the final pursuit to wipe out the undead.

It will not be long before they realize their grave mistake...

"Never did we imagine that there can be such a huge basement down here..." - Human. 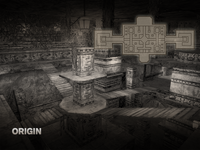 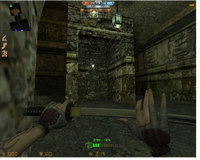 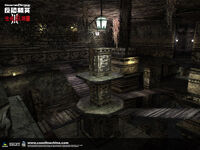