Pig Tag is a PvP mode with elements derived from Pig Mode in Counter-Strike Online 2. Previously, it was an Event mode.

The gameplay is akin to a game of tag, where some random players will be chosen to be the pigs (instead of zombies) at the beginning of each round, their mission is transforming all remaining humans into pigs. In contrast, the humans must do their best to survive the round in order to win.

However, there are some differences with Zombie Mode: 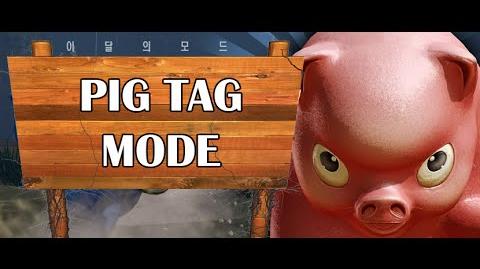