rbc
The Red Beret Condottiere (it: Brigate Rosse) is a Terrorist faction in Counter-Strike Online.

Formed in the 1970’s, they were the most dangerous terrorist faction in Europe. Their victims include a high ranking government official and a special forces team in the 70s. NATO’s commander and several important people were also kidnapped or murdered.

The Red Beret members in game were suited with gray uniforms, red berets and black eye patches on their left eyes. 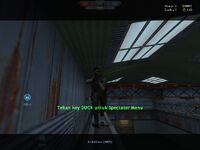