Rex Research Institute is a fictional organization in Counter-Strike Online.

The Rex Research Institute is an organization of doctors and scientists who were creating various types of medicine in an attempt to prolong life. Gradually, they changed their objective into trying to find a way to make humans immortal. Due to their continuous experiments on living things, their plans backfired and had instead created a dangerous virus, dubbed the Rex Virus. This caused humans to turn into the undead, the zombies. The zombies managed to escape from the lab, during Chaos chapter, and started infecting the others. This was also the place where Jennifer was captured and kept alive as a human experimental subject.

There are several maps showing this institute:

The main laboratory where the experiments took place, the Terrorists threaten to destroy the lab for political purposes. (managed to destroy it insignificantly)

The rooftop battle, Counter-Terrorists were dispatched by the government to engage the Terrorists that were escaping from the institute after the bombing in the main lab. There are no signs of any zombies yet.

Rex Research Institute's first view after the bombing incident, showing the basement of Rex. Zombies were found. Having no choice, the Counter-Terrorists must combine their forces with the Terrorists to survive the zombie apocalypse.

Search-and-rescue unit was dispatched to find and rescue the survivors (the players). They sent their weapons to help the survivors combat the evolved zombies.

One year after the outbreak of zombies, zombies are growing stronger and has the ability to revive. A unit was dispatched with one goal, to eliminate all the remaining zombies.

The survivors must find a way out of the maze-like Rex basement by following orders from Captain Choi Ji Yoon.

The humans were forced to play a game of death which was planned by Dr. Rex in a simple lab. They were separated into two teams, red team and blue team, and have a race of killing zombies. The humans will try to be the survivors by whatever means.

The whole this arc depicts the battle to defeat Dr. Rex.

It reveals the true intention of Dr. Rex and his relations with other researches. 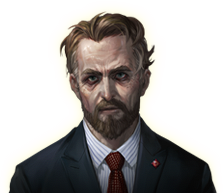 Dr. Steve Rex is the mastermind behind the zombie outbreaks, and remained hidden until he revealed himself in Envy Mask chapter to the players, saying that someone else is continuing his research to make super soldiers.