Romy is a Transcendent Terrorist character in Counter-Strike Online.

As a survivor of the Lost City, who lived with her older brother Roy. Even though she has to dedicate herself to school and houseworks after their parents passed away, she was still a cheerful, carefree girl. Following an explosion at a factory where her brother had been deployed, she armed herself and joined the battlefield. While she has no military experience, her soldier father trained her in marksmanship. Combined with survival instinct honed from living in the hell that is Lost City, Romy proves herself to be more than just some schoolgirl. 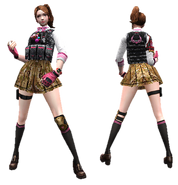 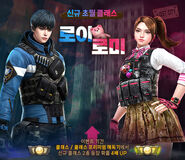 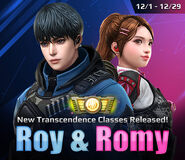 "Alright, let's take it all out"