urban
SEAL (SEA, AIR and LAND) is a Counter-Terrorist faction in Counter-Strike series.

ST-6 (to be known later as DEVGRU) was founded in 1980. Under the command of Lieutenant-Commander Richard Marcincko. ST-6 was placed on permanent alert to respond Terrorist attacks against American targets worldwide.

The DEVGRU had adopted these weapons in the game as their standard weapons. These are also the weapons shown with the class in promotional posters. 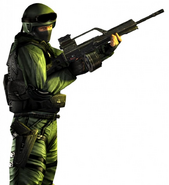 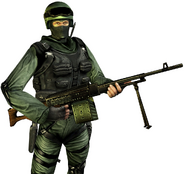 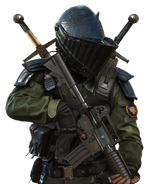