The TRG-42 is a sniper rifle that uses the .338 Lapua Magnum round. Designed as a precision tool, all details are honed to near perfection to satisfy the most demanding shooters. It has excellent penetration which makes all Kevlars useless. It is considered as an improvement of the AWP due to its lighter weight and better scope crosshair which leads to higher accuracy.

TRG-42 Platinum Edition or TRG-42 White Gold is a variant of TRG-42 that can be obtained randomly from Code Box. It has different skin and lighter by 2%.

Special edition to commemorate 10th anniversary of CSO. Does higher damage and has chrome effect. Is known in CSN:S as TRG-42 CSOGS Edition 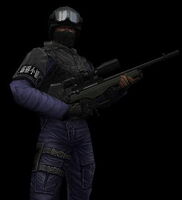 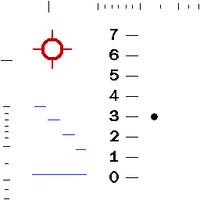 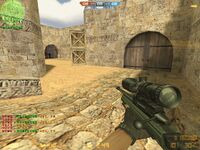 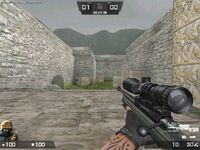 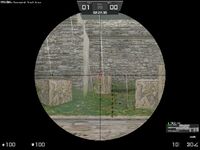 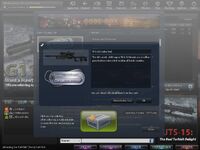 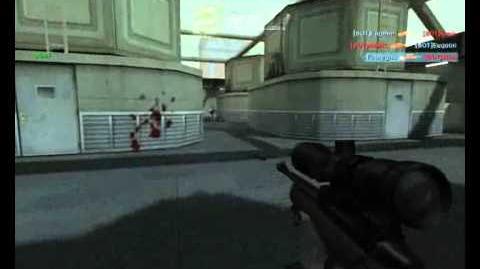 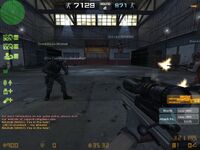 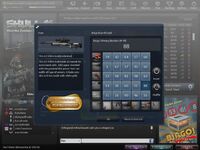 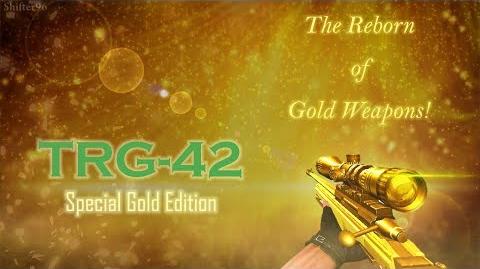