For the version that is used by female characters, see Cold Steel knife.

The Seal knife is usually used in close combat situations, stealth kills and rushing tactics, it cannot be dropped. This weapon belongs to all male characters as their spawn melee weapon by default, and it is capable of performing an instant kill if a backstab or headshot was scored. 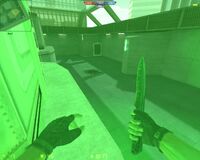 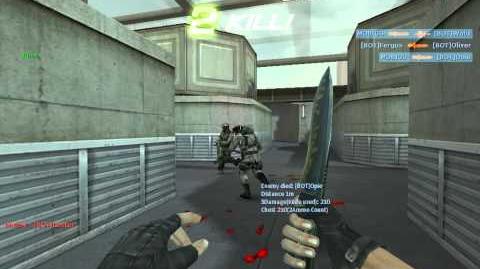