Serpent Blade is an event-based melee weapon in Counter-Strike Online.

A mysterious sword that's been passed down through generations in the orient. It's engraved with a fiery snake design and emanates an unknown energy.

Serpent Blade is available during the Snake Year of Lunar New Year 2013. It shares the same animations as the Wakizashi.

This weapon can be obtained after the player collects the four cards:

Unlike other versions, the Serpent Blade in Nexon Zombies can be obtained from the Just Name It! event. 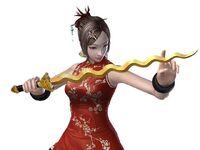 May wielding a Serpent Blade 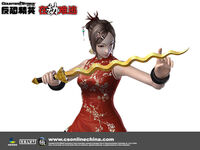 Retrieved from "https://cso.fandom.com/wiki/Serpent_Blade?oldid=280474"
Community content is available under CC-BY-SA unless otherwise noted.