Smoke grenade is a type of grenade available in the Counter-Strike series and Counter-Strike Online. When thrown, it creates a medium-sized could grey smoke which can be used as an escape tactic or to impair vision.

There are many advantages and disadvantages of the smoke grenade.

After the Free Update patch of South Korea, this grenade becomes a free default weapon in all player's inventories. 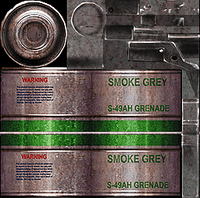 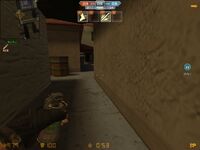