Soldier is a common bot character in Battle Rush and Zombie Giant.

This is a common bot character in Battle Rush. Soldiers are equipped with XM8 Carbine and Seal knife. They have 50 health points, which is really vulnerable to grenades. However, they run quite faster than the players. When they run out of ammo, they will charge to their opponents with their knife as their last resort.

Soldiers also appear in Zombie Giant as the assistance for Human team. In this mode, they can use more weapons to support players.

The difficulty of soldier is Hard in Bot matches. 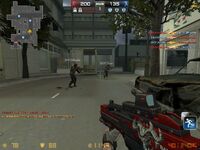 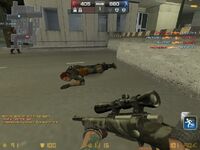 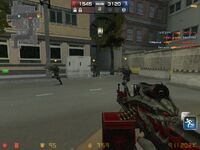 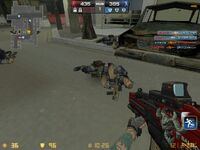 Appearance in Zombie Giant with FN P90 and AWP 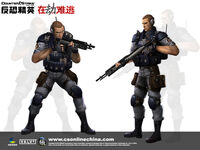 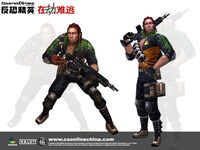