Spade is a male Terrorist character in Counter-Strike Online.

He is nicknamed Spade since there is nothing to identify him with. No one knows his real name, his organization or his past. He is only known to be a hitman. Though he is quite fussy to deal with, but as a hired killer, he never fails to remove any target entrusted to him. The government has assumed that the southern area of the world is his hometown and has continued to search for clues about him ever since his existence was exposed. However, it has been revealed that they couldn't find anything about him.

This model was released alongside Keith Icahn on: 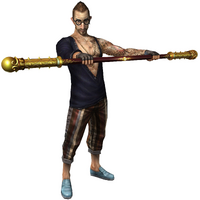 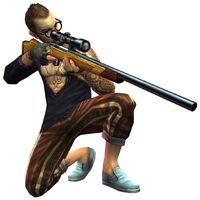 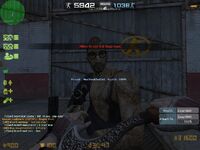 Ditto, with Journey to the West set