The primary missions of the Russian Spetsnaz are: acquiring intelligence on major economic and military installations and either destroying them or putting them out of action, organizing sabotage and acts of subversion; carrying out punitive operations against rebels; forming and training insurgent detachments, etc.

The Spetsnaz in the game wear urban camouflage combat uniforms.

The Spetsnaz had adopted these weapons in game as their standard weapons: 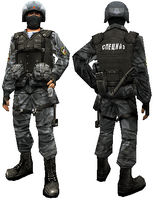 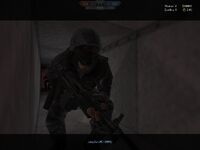