StG 44 is the first German assault rifle invented in history that holds 30 rounds of 7.92mm Kurz. It appears as the fourth World War II weapons introduced in Counter-Strike Online after M24 Grenade, Thompson Chicago and Luger P08. It can be defined as the middle between M4A1 and AK-47.

This weapon does pretty high damage, has same reload time to the AK-47, medium accuracy and not expensive in match. However, it has lower fire rate than normal assault rifles, has higher recoil than AK-47 and heavy. Thus, it has its unique ammunition type and cannot be shared with other weapons.

Gold-plated version of StG 44. It is 2% lighter than the original weapon and was obtainable from Code Box.

A special edition to commemorate the 10th anniversary of CSO. Has higher damage and chrome effect. Is known in CSN:S as StG 44 CSOGS Edition

A Midwest Militia member with STG44 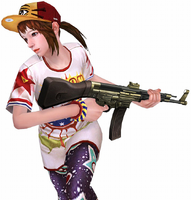 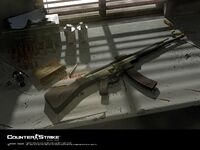 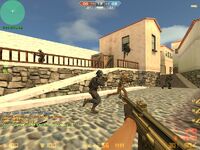 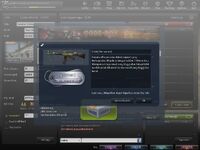 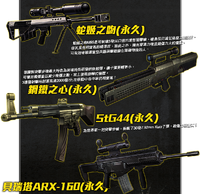 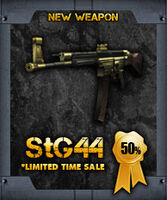 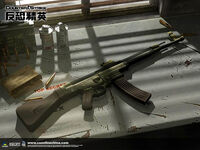 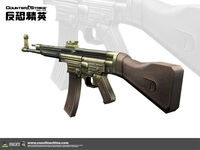 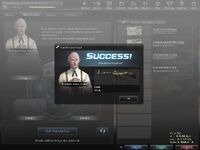 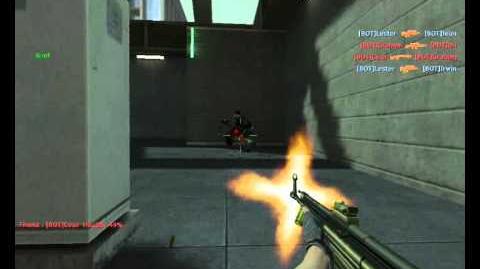 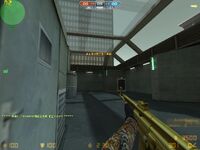 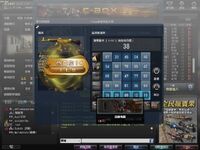 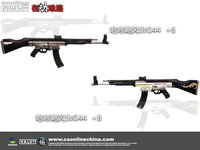 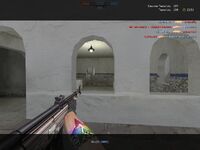 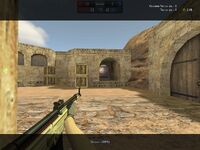 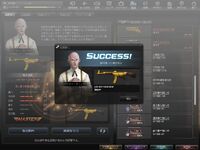