The Chinese government has received news from the intelligence that drug smuggling is happening in a Suzhou village, located at the outskirts of the city controlled by the Terrorist.

Terrorist's scout has caught wind of the Counter-Terrorist's plans for sudden attack and are prepared for battle.

Suzhou is set in an ancient city in Suzhou, China. This map has many narrow spaces and suitable to have close quarter combat. Shotguns and submachine gun are recommended to be used in this map. 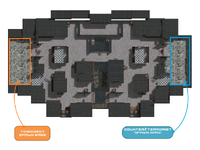 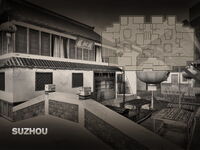 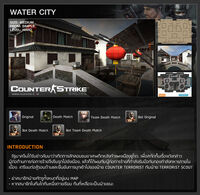