The TAR-21 fires 30 rounds of 5.56 NATO ammunition. It is heavy, has high rate of fire and has the highest knockback power in the assault rifle class. It does medium damage for an assault rifle but has high accuracy and medium recoil. It has the same weight as M249.

A redesigned TAR-21 to provide enhanced features, typically the accuracy, fed with 50 rounds of 5.56 NATO. The Crow Reload System (CRS) is applied to halt the gap between reloads. By pressing R at the right time during reloading, the CRS will be activated.

A Spetsnaz operative with a TAR-21 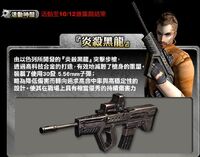 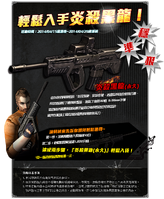 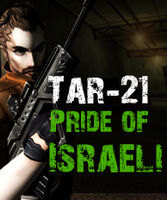 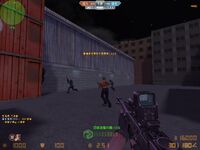 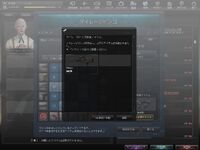 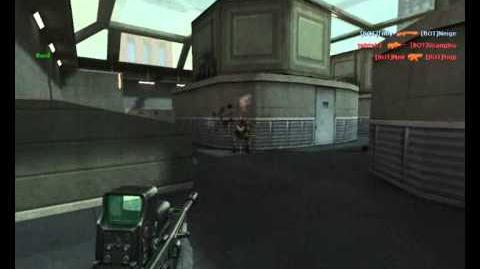