For the original version, see MK48.

The THANATOS-7 is a machine gun for the THANATOS series in Counter-Strike Online.

This is an anti-zombie machine gun fed with 120 rounds of 7.62 NATO. It is developed by the Aegis Institute and based on the Belgian MK48. It is equipped with the Thanatos Blade System which can deal continuously high damage to multiple targets inside the blades' radius.

With this set, the player can get the THANATOS-7 for sure from Craft using the Perfect Pick Recipe item, but the durability will determine the period of the weapon. 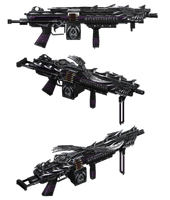 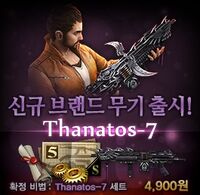 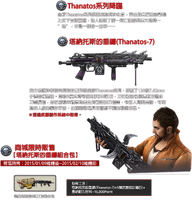 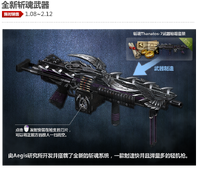 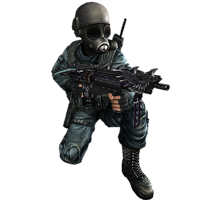 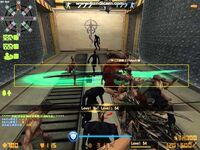 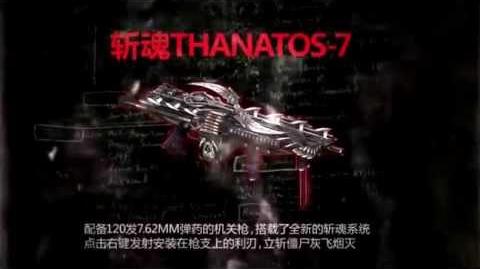 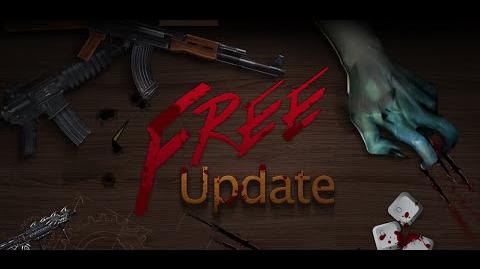 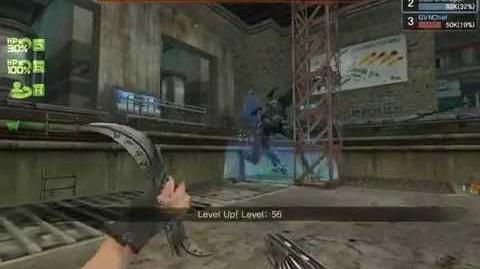 Ditto, with the blade