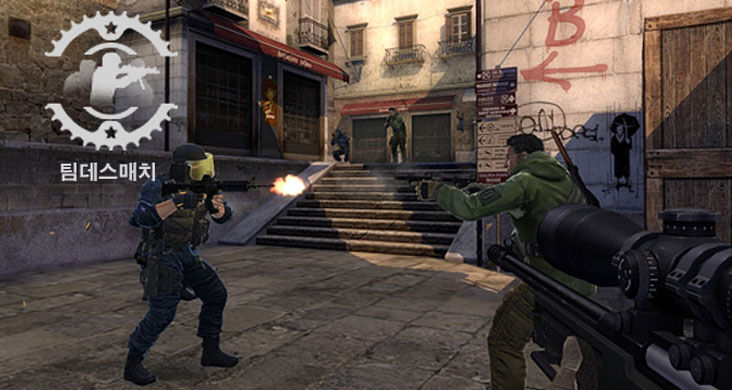 Team Deathmatch is a game mode in Counter-Strike Online 2.

Team Deathmatch is a battle between Counter-Terrorist and Terrorist teams without the limitation of weapons. TDM score limit can be set, and any players who are killed will respawn in 5 seconds.

The game will end if a team reaches the score limit, or in the lead as time runs out.

After the 14th July 2014 update, collision detection between team members have been disabled.

After the 15th January 2015 update, the player can choose quick menu by pressing the F1, F2 and F3 keys.

The gameplay is similar to Team Deathmatch, except that the players can play with fewer personnels, up to 3vs3 as maximum. Victory target also reduces to 50 kills.

Updated on 27 April 2017. This is a team deathmatch mode combined with special items, similar with Counter-Strike Online's Item Battle mode.

Add a photo to this gallery
Retrieved from "https://cso.fandom.com/wiki/Team_Deathmatch/CSO2?oldid=256739"
Community content is available under CC-BY-SA unless otherwise noted.