Already in 1983 a special force correspond to SWAT existed in Taiwan, but through the democratization of the country and the criminality coming in from neighboring China and Hong Kong something stronger was needed. And so Thunder Squad was founded in February 1993.

These following weapons in game has been adopted by the Thunder Squad: 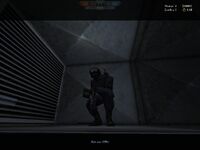