Tomahawk is a melee weapon in Counter-Strike Online.

This is a battle hand axe provided for Special Forces members. Its attack speed is slow but its killing power is great. You can use it to knock away approaching zombies by using the secondary attack in Zombie Mods and Zombie Scenario.

An alternate skin for the Tomahawk. It serves as the default melee weapon in Zombie Shelter and the player must use it to collect resources and attack enemies. It can be upgraded to Hammer later (only in old update).

Horse axe is a Lunar New Year weapon version of the Tomahawk. It was released alongside the Horse Year and can be obtained via Letter Collecting Event. It sports a different animation for each attack.

The Christmas version of Tomahawk decorated with reindeer horn and blinking lamps. Its secondary fire can knock zombies away in Zombie Scenario and Zombie modes.

How to obtain (Horse Axe)

Unlike other versions, the Horse Axe in Nexon Zombies can be obtained from the Just Name It! event. 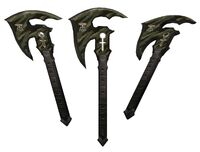 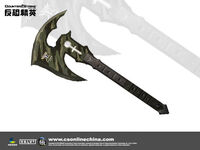 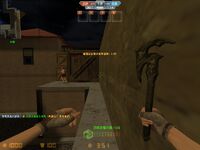 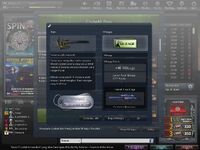 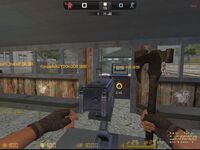 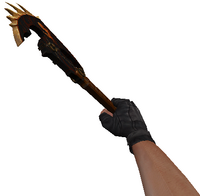 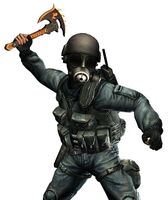 A SAS operative with Horse Axe 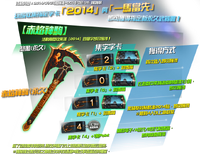 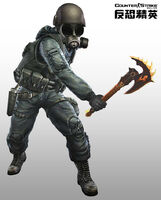 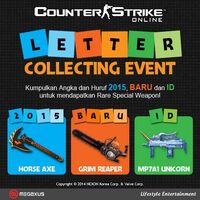 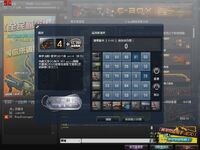 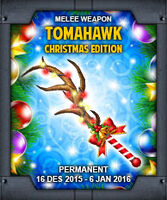 May with Tomahawk Christmas
Add a photo to this gallery

Retrieved from "https://cso.fandom.com/wiki/Tomahawk?oldid=270522"
Community content is available under CC-BY-SA unless otherwise noted.