Train is set in trainyards which two of the trains have nuclear package in it. This map is large and wide. The players can hide under the trains to get rid of the enemy sights. 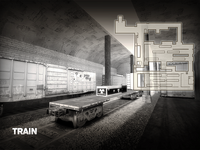 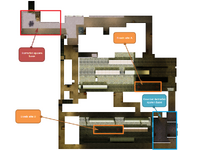 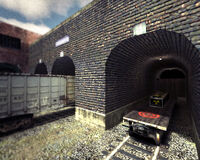