The Transcendence Series is a weapon series in Counter-Strike Online. This series contains weapons that are all in Transcendent grade.

The weapons from this series were previously obtainable through Transcendence Decoder or some certain events. It is now available in Top 50 Decoder and Premium Top 50 Decoder for new releases.

These weapons can provide the user a lot of benefits. Mostly, the benefits are:

A special assault rifle chambered with 50 rounds of .50 BMG that can push away incoming zombies. It can be fired either in full or semi-automatic. The semi-auto mode comes with a splash damage.

A special assault rifle chambered with 50 rounds of .50 BMG. Its secondary fire mode focuses on penetration and fire powers.

A sniper rifle fed with 20 rounds of .338 Lapua Magnum specially designed to battle against the zombies. By zooming in, the user can charge up the shots to deal higher damage.

A giant two-handed hammer that contains an ancient tribe of giants' immense power. By holding this hammer, this power is transferred into the owner. Draw and combination attacks are available.

This is a 30-round .45 ACP fed pistol with the peculiar quirk of draining the blood of its target which is put together within a orbuculum or grenade, after successfully landing a predetermined number of shots on a target. The impact of the grenade wreaks dreadful harm and knockback to its surroundings.

A special assault rifle chambered with 50 rounds of .50 BMG that deals devastating damage to zombies. Equipped with a sniper scope to have better accuracy at killing the target as well as damage boost.

Bearing the mysterious power of an ancient people, and protected by runes, this blade is so outstandingly sharp it can even split boulders apart. It also has the ability to radiate powerful blade strikers.

This is the modified version of Colt Python with 7 rounds of .44 Fast Draw each. This revolver uses special magnum bullets that are quickly fired by fanning the hammer. It is automatically loaded when you draw the other hand pistol.

This is an assault rifle fed with 50 rounds of .50 BMG specialized in high accuracy and deadly damage. It causes great damage to zombies and has zoom function enabled for more accurate shooting.

The golden edition of the Magnum Drill. Its stats are the same as +6 Magnum Drill Chimera. It can pour 50 rounds of 4-gauge shotgun shells, or use the giant drill to penetrate and crush enemies. Notify crosshair if successful blow.

Akimbo automatic pistols given to a selection of a few guardians of justice. Fed with 36 rounds of .44 Fast Draw, these special pistols feature unique martial art that combines marksmanship with bladeworks, using both melee and bullets to devastate enemies.

An upgraded gold version of Red Dragon Cannon that can shoot a load of fire in a short range. It can unleash a robotic gold dragon that breathes a stream of fire for 9 seconds. Hit marker shows up upon successful hit.

This is a pump-action shotgun fed with 8 rounds of 12 Gauge. It can do 8-round strike alternate fire, one special shot where it summons a dragon that rises after an explosion of a shot is loaded.

A machine gun that uses 100 rounds of special .50 BMG ammunition, it boasts high damage and combat endurance with its massive belt. Its second mode is more accurate and penetrates all obstacles, with a slight zoom to compensate.

A legendary sword that, with the chosen guardian's blessing, will judge evil with sacred power. If you're facing an evil presence, the sword will strengthen, and the Holy Impact and Holy Crash skills will be enhanced.

It offers three powerful explosions (flame, stun, knockback) modes. When attached to the collision point, the Motion Detection System is activated in a transparent state.

A single-shot pistol loaded with a single .50 caliber special round fitted with an optical transparency system. When Ghost Walker disappears from sight, an invisible fear begins.

It is a specially small laser machine gun designed to be mounted directly on the arm to secure maneuverability with strong firepower. Is equipped with infinite energy generation device and it is possible to sustain energy charge attack.

A special, military-grade drone that utilizes the top-of-the-line Hologram AR System. Independently guards all directions near its user and automatically opens fire when it identifies an enemy. Left-click to deploy or recall the drone. Right-click to command the drone to self-destruct.

This weapon generates a powerful electric storm. It fires a powerful short-range electric shock and activates an electric field that surrounds its user. After a certain number of shots, it builds up a charge to let you use the jet pack up to 2 times.

A weapon that produces powerful sound waves. Developed by Gunsmith with technology obtained from the laboratory discovered during the Lost City incident, it fires powerful sonic shots and can release a sonic boom in all directions. Two special attacks, Allegro and Fortissimo, are available. Private Erica increases the power of this weapon.

A shotgun that rapidly fires 45 rounds of 12 gauge shotgun ammo. Its special feature, Infernal Flame, allows it to shoot fireballs.

A blade that retains the mysterious powers of the ancients, and has the ability to amplify the sharpness and power that can also split the glacier due to frost protection, and to emit a powerful sword.

This is a specially manufactured small laser machine gun designed to be mounted directly on the arm to secure maneuverability with strong firepower. It is equipped with an infinite energy generating device, so it is possible to continuously charge energy. It has a two-stage charging function, and more powerful attacks are possible with additional charging after the first charging.

150 rounds 7.62mm machine gun that uses bullets that deal fatal damage to zombies. You can block the movement of enemies or defend against a ranged attack by using a shield that incorporates technology from another world.

A lance-shaped weapon made by Medea. It changes into a rose flower in full bloom, and various attacks are possible.

It is a weapon made of a lightweight alloy made by a private optical weapon research laboratory that studies induction emission optical amplification technology. It has the function of automatically attacking enemies with infinitely generated energy bolts.

This is a special mine equipped with state-of-the-art satellite guided bombing technology. It can independently search for nearby enemies and activate them or detonate them. When activated, a special area that reduces the movement of nearby enemies is activated. Inflicts a special laser bombardment that does not inflict damage.

A heavy machine gun that fires incendiary .50 BMG, fed from a large backpack reservoir. After a certain amount of time, a missile launcher is activated that fires penetrating missiles that pull enemies in.

A weapon specialized for hunting zombies produced by the Aegis Lab. After the projectile flies through a certain distance, it returns to the user again. At this time, if the Astra is holding, the bullet is recovered, but if it is blocked by an obstacle, the bullet is destroyed. Projectiles can be fired one more time before being retrieved. If the attack hits with a head shot, it changes to a special state and inflicts a powerful attack on the enemy's head and also deals damage to enemies within a certain range.

As an assault rifle that uses 50 rounds of .50 caliber special bullets, it can inflict effective damage to zombies. When shooting in the 2nd mode, an additional attack that sharply scratches the first hit occurs, inflicting damage to all enemies to the left and right of the target.

The Failnaught that uses 150 holy arrows automatically aims at enemies within a certain range near the aim when shooting with the basic shot. Stacks and inflicts additional damage at each stack. When stacked 5 times, damage is transferred to nearby enemies and the mark is reset. Charging fire is possible by right-clicking. 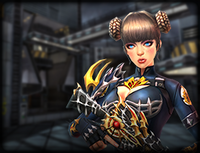 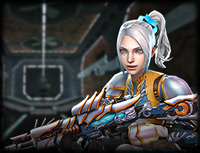 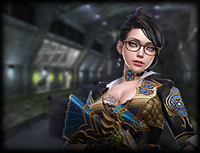 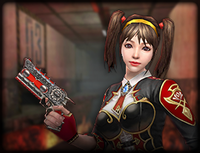 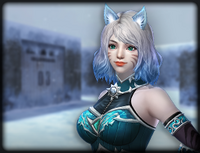 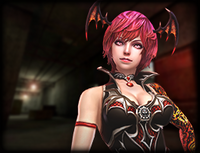 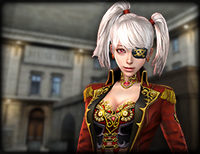 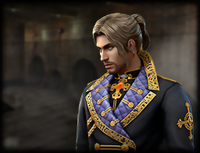 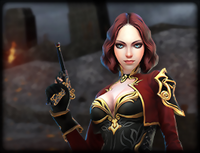 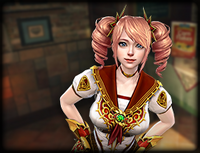 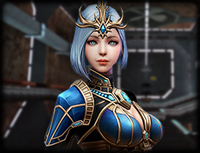 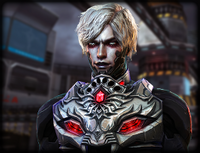 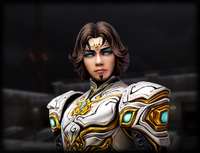 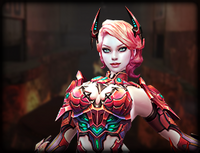 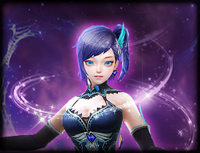 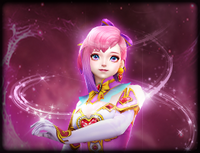 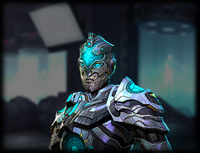 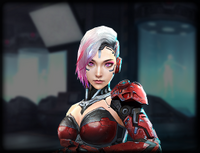 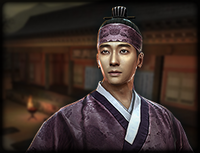 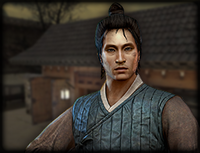 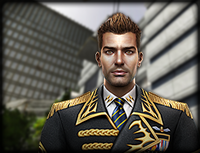 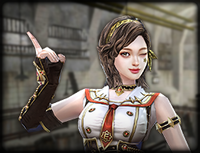 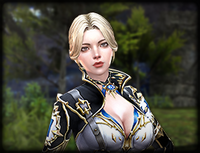 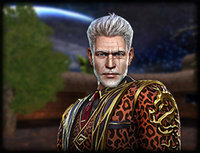 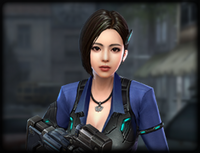 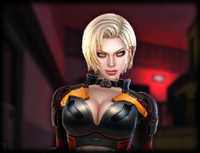 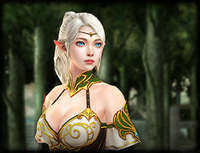 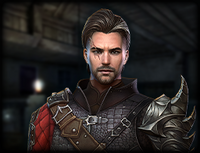 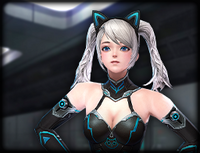 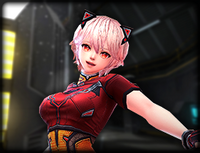