bot_light
Trooper is an enemy introduced for Human Scenario mode in Counter-Strike Online which is not usable by the players.

Most common enemy in blue uniform and gas mask that issued with a M14 EBR rifle and HE Grenade. He can toss HE Grenades accurately to enemies position. 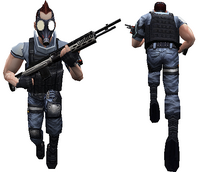 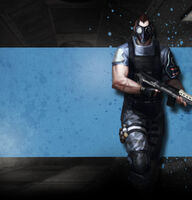 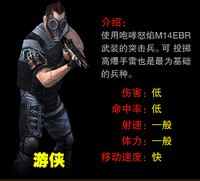 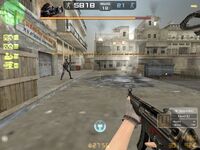