This item can be obtained from Epic Decoder.

Powerful twin axes imbued with the strength of a mighty general. Allows the wielder to use a combo attack that connects the twin axes together. Grants two special skills that summon the general: Shadow Slam and Shadow Vortex.

Invincibility effect on special feature does not work in non-zombie modes. 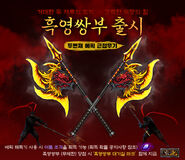 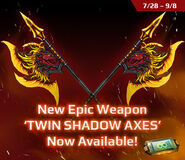 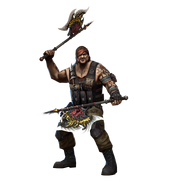 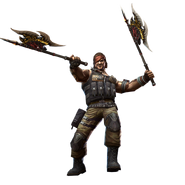 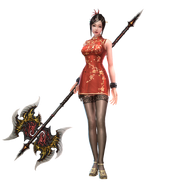