Heckler & Koch USP (Universal Self-loading Pistol) or K&M .45 Tactical is a Counter-Terrorist spawn pistol in the Counter-Strike series and in Counter-Strike Online.

The USP fires 12 rounds of .45 ACP and comes with a detachable silencer. It also has higher firepower when compared to its Terrorist counterpart, the Glock 18. This pistol is purchasable for Terrorists as well.

This is the red-painted version of USP45 produced in limited quantity. This pistol does +1 damage than the original USP but only available for Internet Cafe users.

This variant is slightly less accurate and has higher recoil than its original counterpart but it does higher damage per shot. 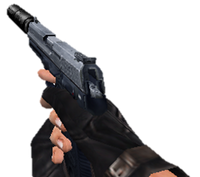 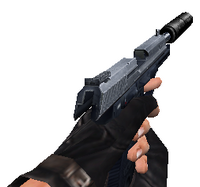 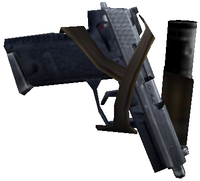 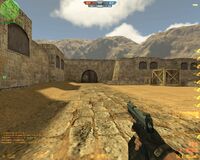 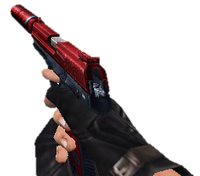 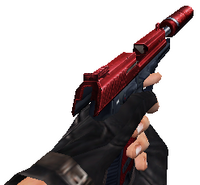 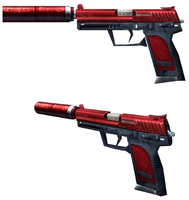 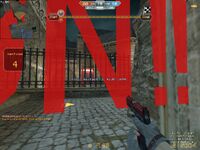 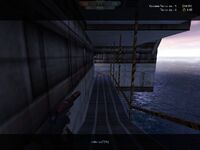 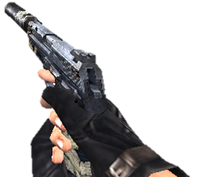 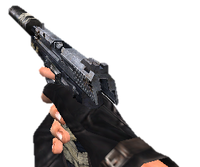 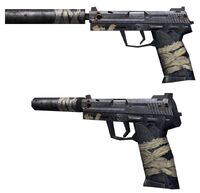 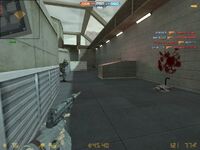