VSK-94 or simply VSK is an automatic sniper rifle in Counter-Strike Online purchasable only for Counter-Terrorists with game points.

This 20 rounds, 9mm submachine gun can be used as a sniper rifle with an attached scope and a silencer. Generally, it has high rate of fire and light weight.

This is a modified VSK-94 that fires Star Bullet rounds that explodes on impact.

A SAS operative with a VSK-94 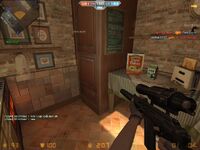 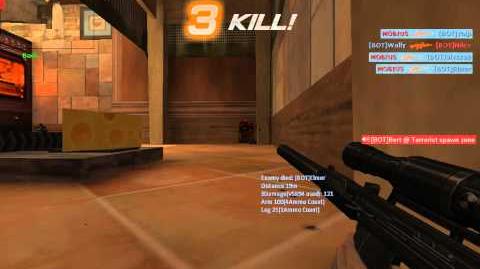