This item can be obtained from Transcendence Decoder.

A sword made of smaller sword parts linked together in the form of a whip, increasing weapon attack speed and range.

It has numerous attack combo that connect one attack to another, making it a versatile weapon for the battlefield 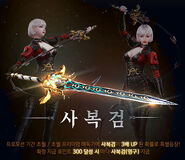 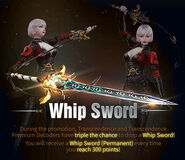