Zombie: The Mutation (Zombie Mode 2) is a sequel to the Zombie: The Original mode. 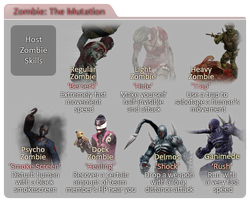 As the humans mainly had advantage over zombies in its predecessor, this new mode introduces new variants of zombies and their unique abilities for zombies to find a fighting chance.

The zombies have grown stronger, now they are able to heal their injuries by standing still without receiving any damage. Host zombies regenerate at a rate of 400 HP/s and 200 HP/s for lesser zombies.

Keep in mind that humans' blood is the source of the zombie's strength. Do not allow them to massacre your comrades or they will evolve to powerful zombies.

A lesser zombie can evolve into a host zombie by infecting 3 human players in a single round. They now can use special abilities that only the host zombie possesses. Their maximum health points is also boosted to 7000HP.

If the host zombie manages to accumulate its infection to a total of 5 kills in a single round, it will evolve into a prime zombie which has a very high lifepoints and armor (14000HP).

Supply boxes are spawned randomly in the map every 20 seconds to provide support for the fight against the zombies. When pressing E on the box, the players will open the buy menu to purchase weapons. They also obtain these items automatically: Night Vision Goggles, full ammunition and grenades set.

There is a new rescue mission assigned by the headquarters and they confirmed that the survivors were left behind in the building of Rex Research institute, B-1. The journey is not that straightforward as the player will need to make a tour through block C before reaching their location.

Beware of the zombies attack and keep a look out at all times, as it can be hiding anywhere in the building. Clear all zombies in the area and save your comrades.

This mode introduces a new powerup, which benefits both zombie and humans. 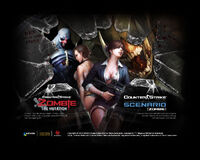 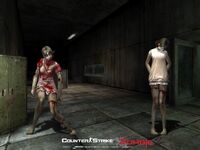 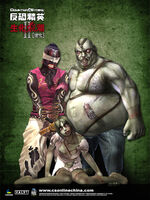 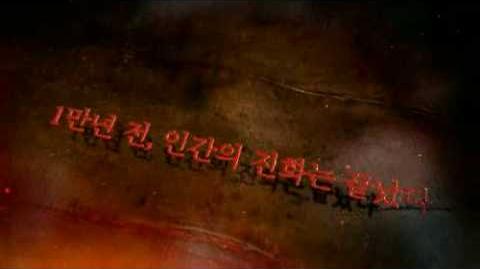 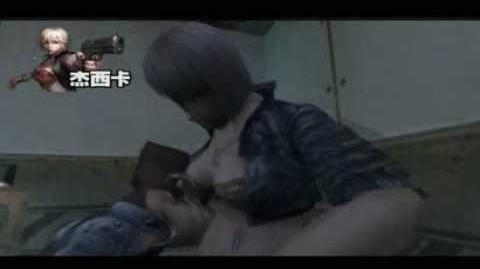