It is revealed that humans will team up to defend themselves against zombies, similar to Zombie Scenario mode of Counter-Strike Online.

In addition, players can choose certain skill paths to master from.

As of 9 July 2015 update in South Korea, Zombie Crush was reorganized, adding new items and skills.

Players can choose to use 1 optional skill when starting the game. The skills can not be changed during the game.

Players can use items for battles. Choose a desired item in the store.

Because of the zombie virus, both Terrorist and Counter-Terrorist teams suffered a heavy blow. Moreover, the sign of the virus is expanding worldwide. So, the two teams decided to gather the strength for a preliminary cooperation to fight the zombies.

Searching, they discovered the host who causes the virus. To prevent the virus expansion, the only solution for both sides is making a task force which is composed by all elite factions to eliminate the host. Both sides of this mission, which named Zombie Crush, has decided Lincoln - director of CTU, to be the commander in charge of the operation. The host - Max, had acquired controlling the town; the coalition of CT and TR with the best agents from both teams were dispatched to the area.

Zombies attack both teams in this unprecedented mission... Zombie Crush began in earnest.

There is a metro station near the place where the host - Max causes the virus. The ceiling floor was destroyed because of the zombies.

Lincoln led the team to examine the subway, investigating whether the virus spreads out by any route. However, the crew fell into a trap. Lincoln tried to open the door, but it was not easy to control the unstable electric power of the station.

Now the crew must survive through the pouring raids of zombies from everywhere.

They traced Max to a closed underground space. Connecting to the ground through an entrance, this huge hall is Tesla Institute, where Z-virus was experimented. Following the secret information from a message left by the researchers, everything is revealed. The Z-virus experiment ended in failure, including the escape of Max.

Another fact revealed. The SS-grade host zombie, Tesla, has been released and trying to escape through the ceiling of the hall.

Tesla is the largest and strongest zombie they've ever seen so far. Surrounding with massive electric shock, it is the most powerful zombie to be created.

The force now is struggling in the battle with Tesla, in order to prevent it escaping, or it will be the end of the world.

In this part, we will track the zombie host 'Tesla' who escaped from the Tesla Lab. To find Tesla hidden in the base of the vehicle, the crew follows the trail of the man. Another unexpected zombie host, 'Heli', is waiting at the end of Tesla's trail. If you win the game with Helly, you can loot the parts box that can combine the SS class weapon M99 Railgun Black. Do not miss it!

Generally, it is nearly similar to the Zombie Scenario mode back in Counter-Strike Online. With the basic manual upgrade with dollars, the players can upgrade their firearms damage, melee damage, health, armor and magazine size with dollars which can be obtained by killing zombies.

There are several missions need to be accomplished by the players in a limited time. In comparison to Zombie Scenario, it is more interactive and has multiple types of task to be done, making the gameplay more realistic and fun. The tasks involve defence, evacuations and finally a boss battle.

Many zombies are taken from Commander-Z mode, including Boomer and several new types of zombies. In the Escape chapter, it extends to the policewoman model from Zombie Mode. 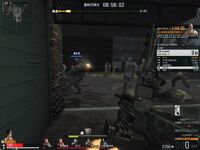 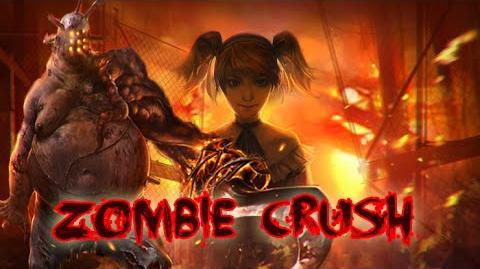 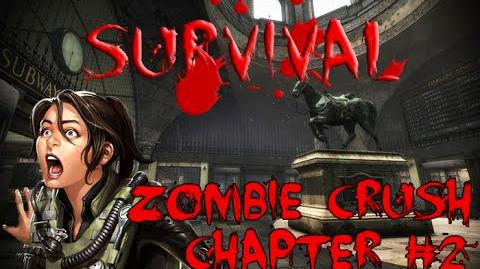 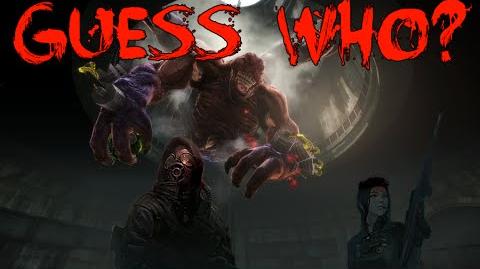