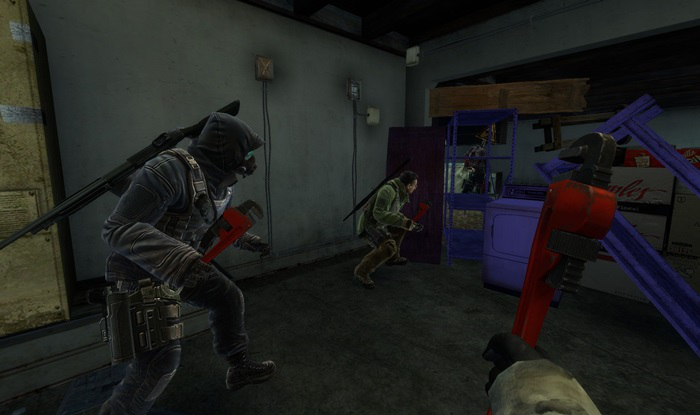 Zombie House is a Zombie PvP mode in Counter-Strike Online 2. Prior to this, it was an Event mode.

Zombie House is a zombie mode where the players are able to use props around them.

In this mode, you are able to move things by pressing the E key to lift them up and use them for self advantage strategically. Humans can interfere to prevent zombies come in by blocking the entrance with objects around the map. In addition, humans can also climb onto the high objects to avoid the attack of the zombies. However, the zombies have higher performance than normal than can destroy the stuff to defeat the humans.

Since this update, now all players are equipped with a Pipe Wrench as default melee weapon. For the humans, it is used to solidify objects in order to defend and prevent zombie's attacking. With the zombies, they use it to destroy the objects (a health point bar is present whenever an object is struck at) and attack the humans. The former also does not emit footsteps unless jumping. 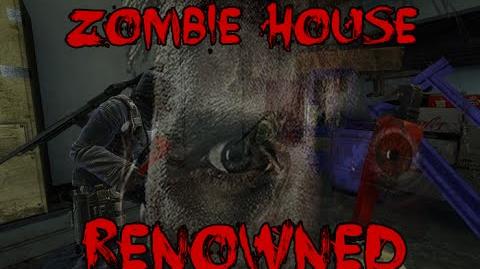 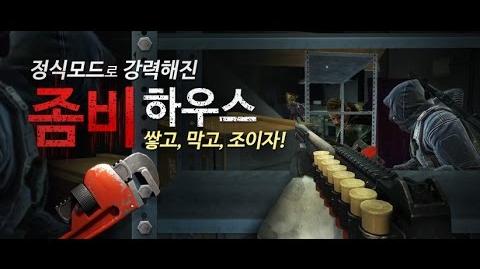 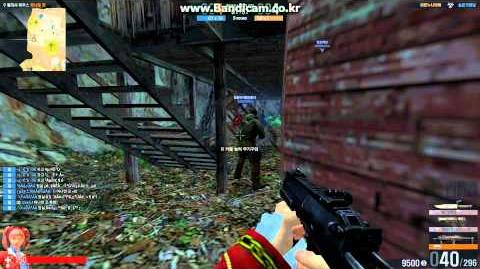 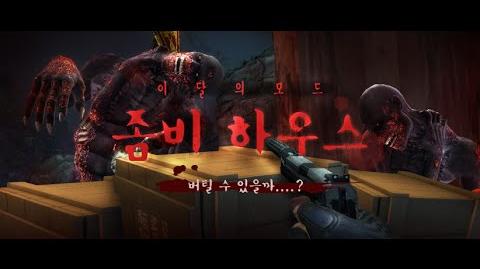