Zombie Revive is the latest patch for Zombie modes in Counter-Strike Online.

This update had undergone test period in CSO Korea from 31 May until 14 June 2018.

The system that was separated by DNA was absorbed by the basic zombie abilities, thus affecting various modes.

Most of the above modes were affected by zombie DNA.

In the case of zombie escape, the DNA was not applied and the infected zombie stamina stood at about 3500.

These balances were adjusted together because they did not fit the weapon balance released recently.

Basically, the balance values of zombie mode are applied in common.

In the future, when there is a need for difference in each mode, a steady balance patch will be performed.

After the test period from 31 May to 14 June 2018, Nexon gathered opinions of players through the idea board and reflected the contents that correspond with development direction.

"Revive" test period was held without functional reorganization, and being tested by only adjusting the existing skills.

In 12 July 2018 update, the zombies skill are changed with the numerical value.

The "Revive" test were guiding the developer to adjust the less used zombie types to appealing players by tweaking the skills with this zombie skill reorganization. The final goal is to have all the zombies have the same chance to be used by players and not just the same type of zombie played on games.

For some zombies that have a supportive rule, getting points means not necessarily to always infect humans, but by helping other allies with your skill, you can also get points. For more information, check the "Support Points" section of the Balance Patch Notes.

DNA integrated to base Zombie Stats

Additional damage: zombie grenade will give 50 damage to exposed human with armor (damage will lessen based on distance) 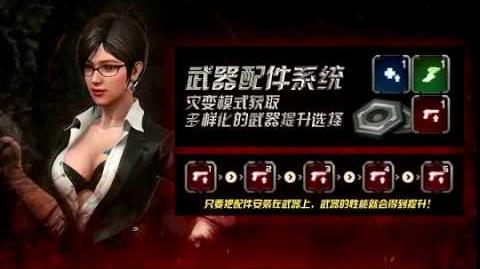