Zombie Scenario pits up to 10 players against increasingly harder waves of AI-controlled Zombie. Money cap is doubled in this scenario and the amount obtained vary between type of zombie killed and the difficulty of the map. Extra health, damage and barrier durability can also be bought off the buy menu if the player have obtained a sufficient amount of money. The rounds will keep getting harder with different zombies pouring in while having more health and abilities.

If the player have Emergency Medicine, Battle Revival and Round Retry items, they can use for their advantage. However, players cannot use the battle revival when there is 30 seconds left in the round's timer. Any players who have just joined the game or died will spawn at the beginning of the next stage.

50% of the number of players must reach the targeted location by passing several obstacles and hordes of zombies. There are no time limit for this style. Any players who have just joined the game or died will spawn in 60 seconds. The team is counted as defeated if all the players died that round.

After 50% of the players reach the targeted destination, the player will be transported to boss battle arena. In this stage, the players must defeat the given boss.

The players must destroy the given enemies to advance to the next level. There are no time limits. Dead players will revive in 60 seconds.

Light Zombie
Has faster movement and slimmer body, making her hard to be hit. Weakest zombie.

Heavy Zombie
More durable and does higher damage than Regular Zombie but moves slower. Thick body makes it easier to be hit. Drops traps that will ensnare unaware players.

Voodoo Zombie
Zombies that heal their own teammates and has an average health level.

Juggernaut
The largest and toughest zombie, deals double damage to players with a large club and might leave traps as they run about. On higher difficulties, they may run around instead of walking, allowing them to catch up with running players.

Deimos
Replaces Juggernaut in later chapters. It has high HP and can shoot a projectile that will force a player to drop their current weapon.

Phobos
The first boss appears in Last Clue. It can emit a shockwave in its radius to force players to drop their weapon. It can also charge at players, possibly instakilling players similar to Ganymede.

Siege Type Phobos
The second boss appears in Chaos. Performs similarly to Phobos, but the addition of Voodoo zombie will makes things much more challenging, as it can heal Siege-Type Phobos if they are not taken care of immediately.

Oberon
Boss in Dead End, and the last boss for Season 1. He can jump and disarm players from their weapon when he lands, or kill them if he lands right on top players regardless of their health. Oberon can also calls in a black hole to suck players closer to him, and then attack them at close range. At times, he will bend over and shoot bombs into the air, which will scatter around the map before exploding and dealing tons of damage.

Dealing enough damage to Oberon will force him to release his claws and double his melee damage.

Teddy Terror
The extra event boss, which only appears at Round 6 of Special Nightmare. It parodies some abilities from the previous bosses such as Oberon's black hole, Dione's tentacles or Revenant's fire storm. 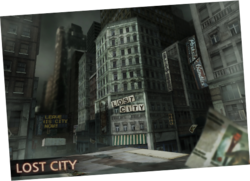 It has been a month since a research group was out of contact after being sent to the city that had been isolated due to Rex Virus infection. The government has dispatched Special Forces for investigation and they saw countless zombies in all over the city.

Just when they are about to report to headquarters, communication with the outside world were cut off and the zombies attacked them. The surviving humans from the attacks are now preparing for the final battle. 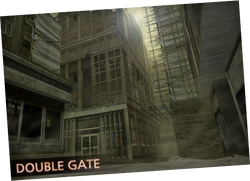 Finally, the endless attacks from the zombies at the center of the city have stopped and the surviving soldiers have escaped from the place. They have tried to communicate with the outside world at a safer place and ends up reminding them that they were completely isolated.

They started searching around to figure out the reason of the isolation and while searching, they sensed someone's presence from the nearby deserted building and they found two people who are wearing protective clothing. When the soldiers called for them, they look embarrassed and ran away with their equipment. The Soldiers followed their back and entered a nearby building which is under construction but only found some destroyed equipment.

When they took the remaining equipment, they heard horrible shriek of the zombies. Realizing that the zombies were near to them, they built a protective wall by using materials from the construction site to prepare for the battle... 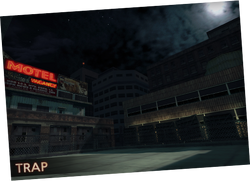 Defending the construction site was not easy and our barriers have been destroyed at their hands and soon they will kill us slowly. A huge shriek and a blaring sound shook the earth just as we thought everything was over, causing the Zombies to stop their attack.

The sound echoed again, but we could grasp the words this time. A voice calling himself “Rex” told us an unfamiliar story. While we did not know who he was, we understood that he was the perpetrator of this case and capturing him would enable us to secure our freedom.

I gathered the survivors to the entrance of the rooftop- which was the source of the sound. There was to be no more delays. It's time to finish everything by entering the rooftop.

- From the advance unit commander Andrey's note found by the rescue team. 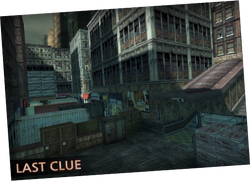 2 days after receiving a distress call from the advance unit, we were deployed into the construction site. While searching the crossroads, we found advance unit commander Andrey and other advance unit members' corpses near the site.

Andrey was holding a note in his hand and he wrote about the horrible experiences he went through in this battle and also drew a map pointing to a particular area in the city. What was he trying to tell us about this location?

We increased our pace and head towards the spot indicated in the map. 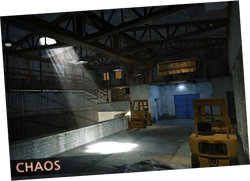 A troop transporting the samples have left. The others entered the laboratory complex according to the last clue. All of the buildings in the laboratory complex are connected to each other towards the basement passage, and the size is much bigger as compared to with what they seen outside. An urgent retreat order from government has been delivered to troop Captain Ji Yoon Choi in border while we was about to start our investigation by entering the basement passage.

However, Captain Choi behavior changed suddenly when we reported to her about the current location of our troop. She ended the communication with the headquarters and requested us to conduct an internal investigation in the laboratory complex. If we continued on the investigation, it seems like we are ignoring the retreat order from the government, however, our will that led us to this place has already accepted her request.

What was she really trying to find out..? 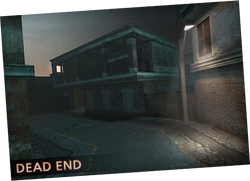 Now, it can be bored by listening of what I'm going to talk about it. However, just few months ago, this place was like a living hell. The zombies' trap started from Lost City was really terrible till it annihilated one of the army troops... Even though so, our search party did a great job and we've found the last clue from the rescue team!

Actually, it was quite ridiculous to pursuit all the way to the laboratory’s basement from there. If we do not have an order from the government army captain at that time, we would be killed inside the chaos.

Yeah, everybody knows that this is the end of the story, and Dr. Rex is the main instigator cause all these incidents to happen. However, do you know that there is more than one siege type existed?

The secret is kept by the government and the real story start from now... Do you want to hear the truth that I've seen at that time from the blind road? Right after we've killed siege type Phobos, we've entered that unpleasant way by following on another two escaped Seize types....

- 1 year and 2 months after the Lost City accident, from the interview by an unidentified retired soldier with third-class media. 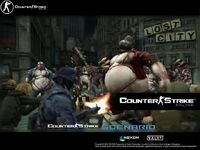 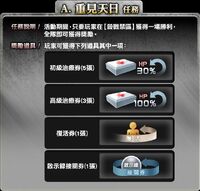 A poster showing David Black, 707 and Gerrard fighting Phobos
Add a photo to this gallery

Retrieved from "https://cso.fandom.com/wiki/Zombie_Scenario:_Season_1?oldid=251878"
Community content is available under CC-BY-SA unless otherwise noted.