Zombie Shelter: Coop is a PvE (Player vs Environment) mode in Counter-Strike Online.

Zombie Shelter: Coop is the co-op version as well as the updated version of the original Zombie Shelter mode. Unlike the original, there is only one shelter for the players to defend from zombie and boss attacks. This new update also includes more upgrades and power ups, bringing a variety of results into play. Note that the players must defeat the bosses or success to request for rescue in order to win the game.

Resources such as wood, steel and food will each now have a storage area. The players must deliver those resources to the storage in order to upgrade the shelter.

Zombie Shelter: Coop introduces a more different and realistic method of building things. Building Menu can be opened by pressing B key. After purchasing any given item, you will have to build it manually. This can be done by clicking LMB (Default) to any selected area. You may destroy or cancel something (except the shelter itself, which repairs it instead) with RMB (Default).

This is a special event that heavily modifies the following gamemode mechanics: 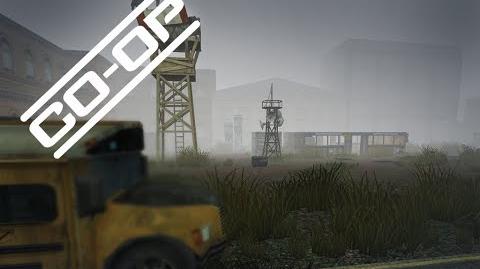