This is a PvP mode whereby zombies must escape from humans to an escape area. Humans can only use melee weapons.

For the zombie team, in order to win the round, they need to reach the escape zone within the time limit or survive until all players in the human team are dead before the time ends. They are accompanied by AI controlled (Bot) zombies, to cause confusion among humans.

Before a round starts, zombie team's players will receive 4 random emotions (default: key 1 to 4). At certain times, there is a "Fever Time" period where the system will command one of the given above. After hearing a whistle, all zombies have to perform the emotion before moving on. There is a small screen above the right side of the main screen that shows the players in third-person view, which allows them to check whether they do it right or wrong. Zombie players can release a black smoke (default: 5) for hiding purposes, and sprint by pressing SHIFT (default), but it could compromise your location.

For the human team, they must eliminate all real zombies (controlled by players) before the time ends or prevent them from escaping. Each player in the human team will have 200 HP when starting game.

In order to prevent kill spamming, if a human player kills a wrong zombie (Bot), it will explode and cause 100 damage. The human team's players are also provided with an emotion known as [Find Zombie] (default: 1) to kill the zombies directly, but note that detecting and killing a wrong zombie will cause instant death.

There is no specific affiliation in this mode. The players can be zombies or humans by any chance.

"One Thousand Years of Death/Pain"

"I found the Zombie!" 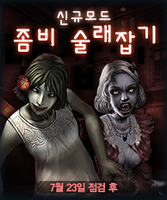 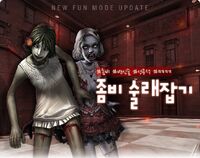 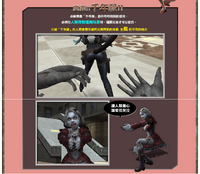 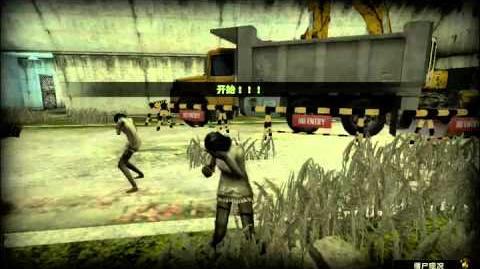 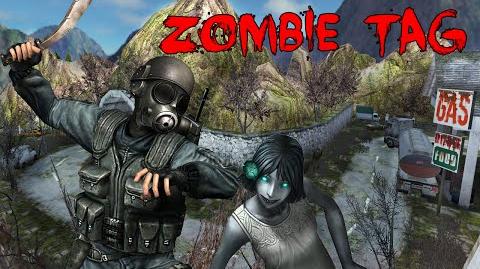 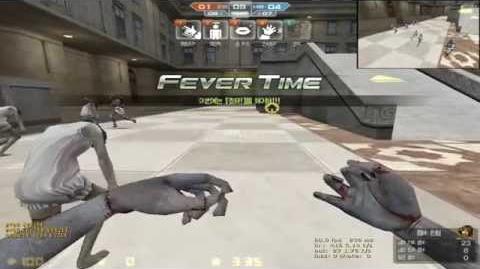